Create an Account - Increase your productivity, customize your experience, and engage in information you care about.

2022 Marks the 50th Year Anniversary for the Youth Camp

The Uinta County Youth Camp celebrates its 50th Anniversary this year and plans are in the works for a big celebration.   Ron Taylor, Facilities Operations Manager said his office is in the early stages of discussion with county commissioners on a celebratory party.

On November 10, 1972, Stuart Parker, Realty Specialist for the Bureau of Land Management met with the Uinta County Commission: chairman Hight M. Proffit, commissioner Eugene C. Taylor and commissioner L.S. South and Agricultural Extension Agent Wayne Asay.  Parker brought a land sale patent for 643.24 acres to be used as a Youth Camp.  The county agreed to pay $10.00 an acre for the land with the condition that if the land was not used for the benefit of youth in Uinta County, it would revert back to the BLM.

The Youth Camp is located in a beautiful site at the foot of the Uinta Mountain Range near Meeks Cabin Dam and Robertson, Wyoming.   For 50 years, the Camp has provided a location for many of the youth in Uinta County to enjoy. The camp is divided into many areas: an upper area with a main lodge and twelve cabins including a special needs cabin; a lower river area with a smaller lodge and campsites; a yurt with outside cooking area; rifle, shotgun and pistol ranges; a fish pond and the Black Forks River. 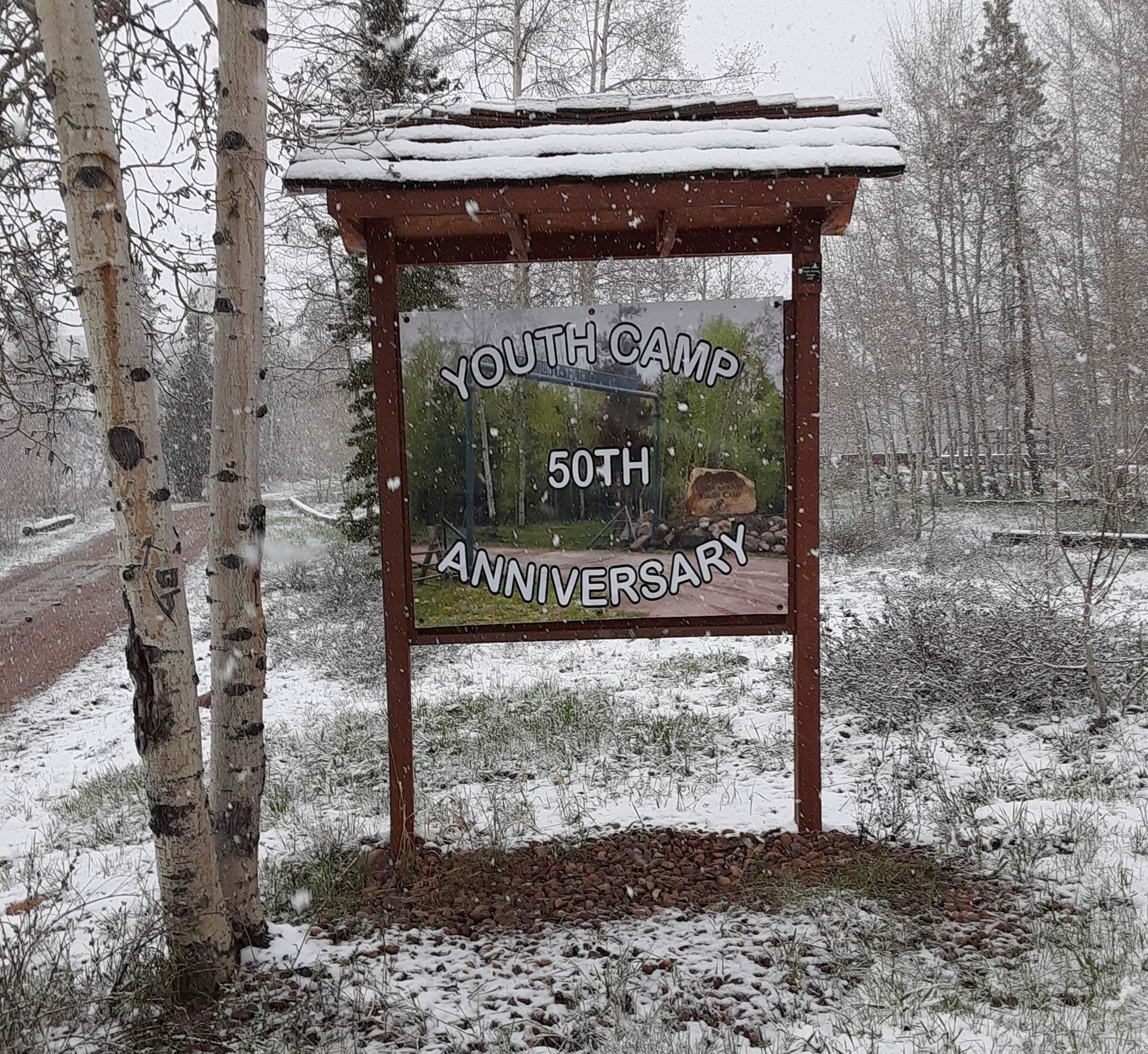 The Youth Camp has been through many changes over the years. The Wyoming 4-H program has helped to fund many projects at the facility.  The WY 4-H Sport fishing program helped bring electrical power to the fish pond and purchased of aerators to keep the fish from dying from winterkill.

The National Rifle Association Foundation (NRA) also funded a grant to rebuild the shooting range facility and a Daniels Fund grant helped to enclose the river pavilion at the river camp area and assisted in bringing electrical power to the fishpond area.  A Community Block Grant also helped to fund the river shower house, upper shower house and handicapped ramps in the upper and lower camp areas.

Many Eagle Scout, Girl Scout and 4-H Leadership projects along with a number of church and family projects, have also contributed to improving the Youth Camp. These projects have been instrumental in helping to teach the concept of “Service to Others” to all of these groups.

In addition, the Youth Camp has been supported by many other individuals, groups and departments with continued support form the Uinta County Commissioners and the following Uinta County departments: Maintenance, Road and Bridge, Planning, Sheriff and Fire and Ambulance, Conservation District and the Weed and Pest District.  Continued support has also come from the following: the Bureau of Land Management; Wyoming Game and Fish Department; Wyoming State Forestry, Wasatch National Forest and landowners in the general area. 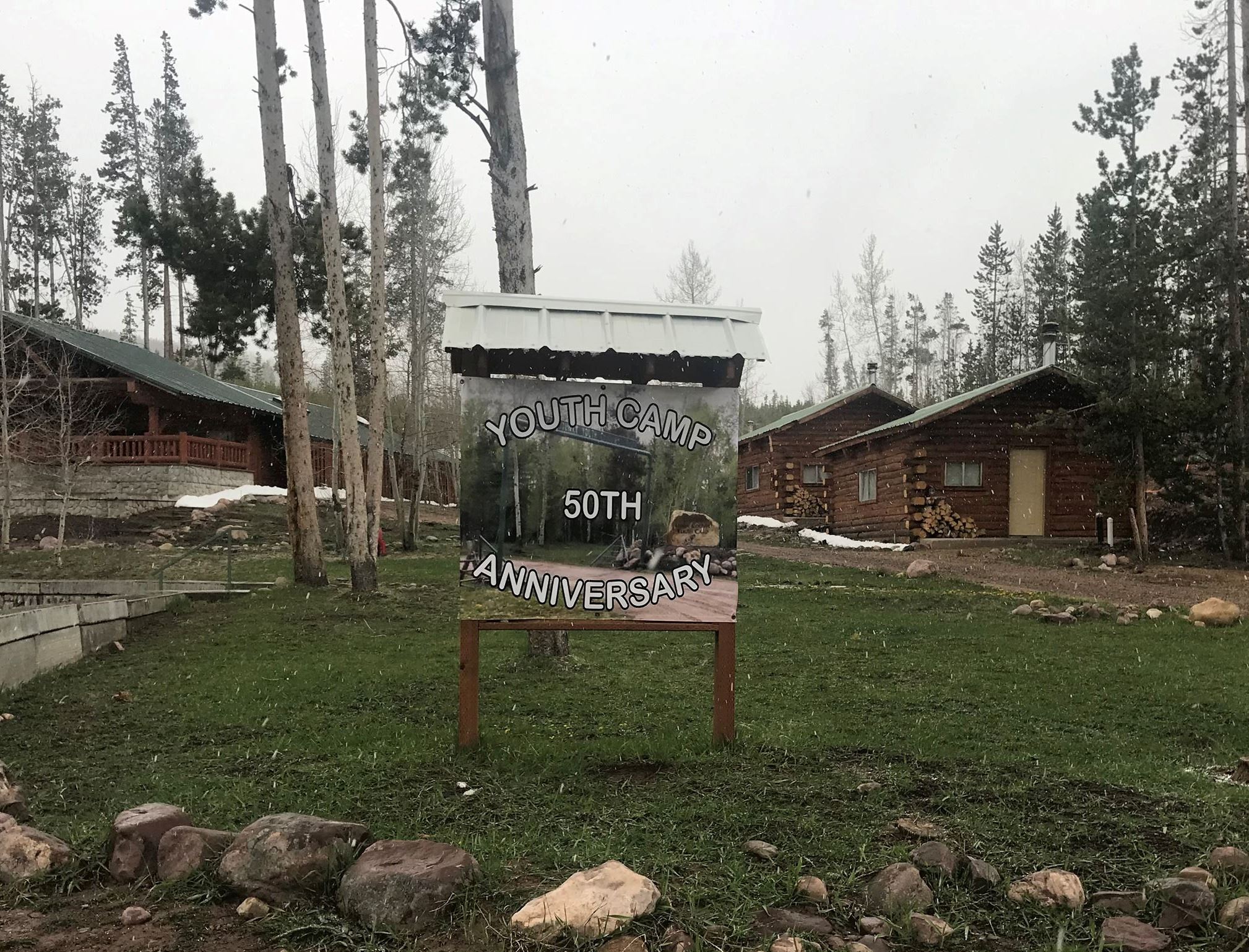 Two tragedies have affected the Youth Camp. The first happened on June 15, 2010 when the Blacks Fork River flooded and took out the River Camp. The second event happened in August 8, 2016 when the Tokewanna forest fire in the area of Meeks Cabin which burned for 28 days and destroyed much of the upper camp area.  They are still reeling back from the devastation and are working with State Forester Barry Tye on a plan for fire wood reduction in the area.

The camp serves over 40 groups a year with approximately 3000 to 4000 people staying there anywhere from one day to a week.  He said an attraction of the camp is that it is private and secure. Among the many groups that reserve the camp are the Bridger Valley Archery Association; church groups; family reunions; weddings; and a Disabled Veterans group that comes every spring.

Photos, information, applications and fees for reserving the Youth Camp can be found on the Uinta County website or interested parties can call Ron Taylor at 307-783-0509.